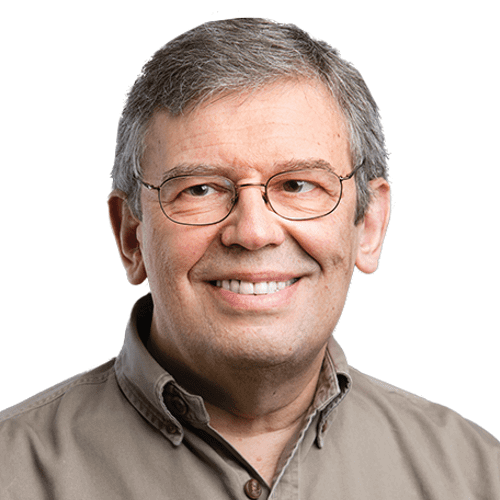 Dr. Sergei Ikovenko (Dr-Eng, PhD, PE, professor MIT and Tufts University, USA, Chief Strategy Officer in Business & Innovations Team at CRIDO) is one of the leading consultants and project facilitators in Innovation Technology of Design and Theory of Inventive Problem Solving (TRIZ). He is the creator of the Design for Patentability (DFP®) method that allows to effectively create innovative solutions with a guarantee of patenting. The DFP method has been included in the core of Master Degree programs supported and financed by the World Intellectual Property Organization (WIPO). Dr. Ikovenko is the President of the DFP Institute. Dr. Ikovenko has conducted over 1,500 seminars and workshops on contemporary TRIZ for Fortune500 companies around the world. He was the primary instructor on TRIZ training and implementation programs in such corporations as: Procter & Gamble (about 1,500 engineers trained in 3 years), Mitsubishi Research Institute (300 engineers), Samsung (900 engineers), Intel (500 engineers), and many others. He was the primary innovation instructor at Siemens Innovation Academy, General Electric Global Research (trained over 1800 scientists in 10 years) and TRIZ Innovation Initiative Hyundai Motor Company (trained over 500 people in 11 years), as well as Chinese companies such as Shenhua, Huawei , VIVO, and a number of others. Dr. Ikovenko received special awards for developing innovation at Procter & Gamble, Unilever, Mitsubishi Research. He was also awarded by Samsung Electronics and received a special award for integrating the TRIZ methodology into the Samsung SixSigma Black Belt training. The special award from Hyundai Motor in 2008 ended the 8-month innovation development program led by Dr. Ikovenko, which resulted in the submission of 81 patents and a return on investment of over USD 120 million. Continuation of the program in 2009 resulted in the filing of 122 patents and a return on investment of over USD 245 million. The program has been run since 2008 till now. In addition, Dr. Ikovenko conducts seminars on the TRIZ method, innovative entrepreneurship and the DFP method at MIT, Harvard University, Carnegie-Melon University, California Institute of Technology, Stanford University, Vanderbilt University, Tongji University and other leading educational institutions around the world. He also conducted workshops for experts of the China Patent Office, Swiss Patent Office, Polish Patent Office and others. Dr. Ikovenko holds a Dr-Eng degree in mechanical engineering and   a PhD in environmental engineering, as well as a Master Degree in Patent Law. He is the author of more than 100 publications and books. He started his career in the field of TRIZ in 1986 learning the method directly from its creator Henryk Altszuller. He has a TRIZ Instructor Certificate issued by Henryk Altszuller personally. In addition to that, he holds an Professional Engineering License from the Commonwealth of Massachusetts (USA) and is an ajunct professor at Massachusetts Institute of Technology, Tufts University, and an honorary professor at the University of Edinburgh. To date, Dr. Ikovenko has obtained 134 patents in various engineering fields and  has received numerous Silver and Gold Awards for his inventions at international engineering exhibitions. He is also a holder of the Innovation Award from the Oak Ridge National Lab of Department of Energy, USA. Dr. Ikovenko is the Chairman of the Methodology & Expertise Council (certification) at the International TRIZ Association. He has a Six Sigma Master Black Belt, QFD Black Belt and Lean Master-Practitioner certificates.

Other items associated with this person

IP Online Forum: Patents - what are they and what should they be for entrepreneurs?

On behalf of the Crido R&D Team and EEC Ventures, We are honored to invite you to a virtual experiences exchange forum in the field of intellectual property and its...

In an era of continuous competitive race, constantly emerging innovations or unmet consumers’ needs, as well as in a world in which  an economic crisis caused, for example by an...

In an era of continuous competitive race, constantly emerging innovations or unmet consumers’ needs, as well as in a world in which  an economic crisis caused, for example by an...